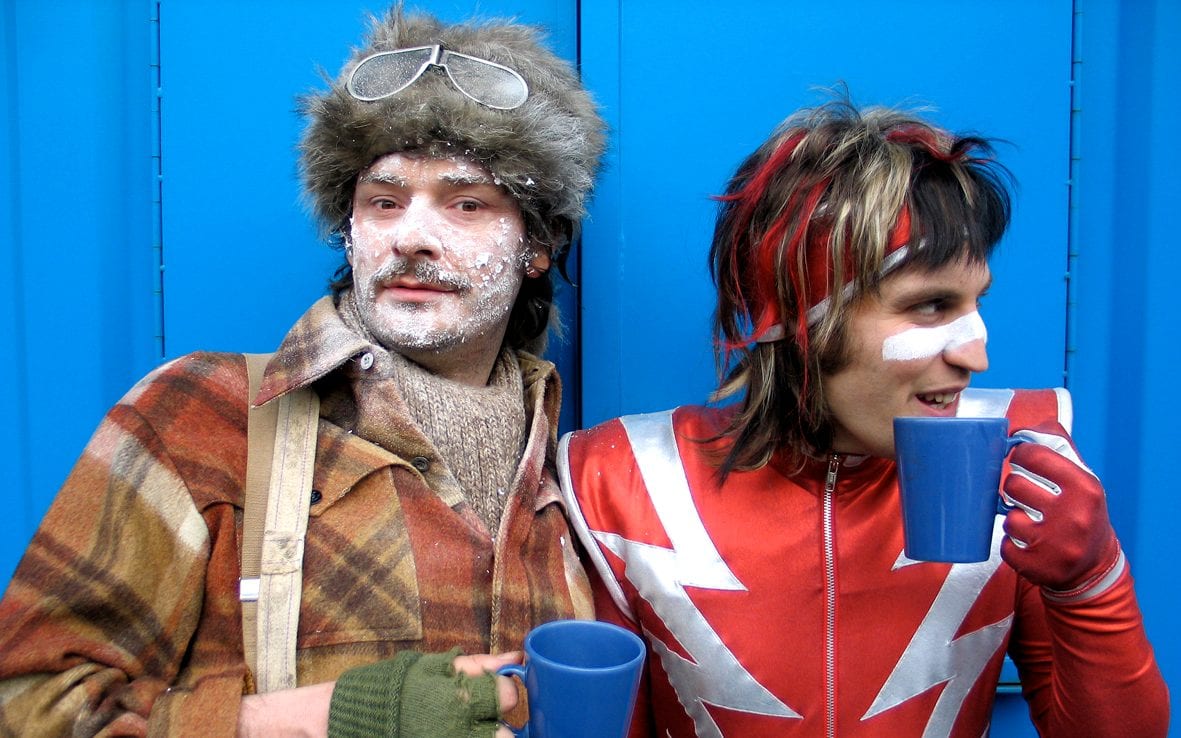 The Radio Times did a poll in 2016 to find Britain’s Favourite sitcom. Miranda ranked higher then Peep Show, Extras didn’t make it in the top 20 and Mrs. Brown’s Boys won. What a fucking disgrace. I can’t bare the thought of foreigners thinking this is what English people like to watch; so I have put a bunch of British sitcoms together that are worth watching.

I thought of so many more sitcoms after these 10 I have put together a thrilling sequel, 10 More British Sitcoms Worth Watching. So make sure to check that out afterwards.
10

Rick Spleen (Jack Dee) is a grumpy comedian who has been reduced to doing corporate gigs to make ends meet. Jack Dee is brilliant but my favourite thing about Lead Balloon is the daughter and her boyfriend; who are always looking stoned and trying to get just enough money out of Rick to buy drugs.
9

A sitcom that is only 6 episodes long but has gone down in history as a hidden cult-classic. Garth Marenghi is a horror writer that filmed a horror series in the 80s that never aired. He has dug the footage up to share it with the world. It is poorly shot and poorly acted (on purpose) in every sense. Featuring a hilarious performance from Richard Ayoade as Dean Learner.
8

The inbetweeners are four guys at school that are neither popular, nor losers, they’re inbetween. We follow them as they try to get liad, get drunk, engage in top banter and have a good time.
7

Alan Partridge (Steve Coogan) is one of the greatest british comedy characters of all time. Alan is a failed television presenter that has moved to radio and isn’t very hapy about it. He is desperate to get back on television and to aquire the respect he believes he deserves.
6

Simon Amstell is a real person that hosted the popular british quiz show “Nevermind the Buzzcocks” and famously quit the show. In Grandma’s House he plays a version of himself that has just quit the show and is searching for something to do next with his career. It’s a quaint sitcom with an amazing cast including Rebecca Front and Linda Bassett.
5

Peep show is a sitcom about two twenty-somethings living in a flat together. Mark (David Mitchell) is a sensible guy with a normal job and Jez (Robert Webb) has dreams of being a musician but isn’t very good at it.
4

Vince Noir (Noel Fielding) and Howard Moon (Julian Barret) hang out with Naboo, a shaman, and Bollo, a talking ape. Every episode they go on some kind of wacky and surreal adventure.
3

The Office is the sitcom credited with changing comedy across the world. It’s about an office manager, David Brent (Ricky Gervais), that thinks he is a lot cooler then he actually is. He is always trying to show off in front of his staff and failing miserably. With an amazing cast including Martin Freeman and Mckenzie Crook, the office is one of the greatest sitcoms of all time.
2

A sitcom about two friends, Tim (Simon Pegg) and Daisy (Jessica Heinz), living in a flat together. Spaced has an amazing cast and is brilliantly directed by Edgar Wright, who is almost kubrick-like in his approach. This sitcom really is as good as Simon Pegg’s other projects: Shaun of the Dead, The World’s End, etc.
1

Andy Millman (Ricky Gervais) is an Extra that has dreams of being a proper actor. With the worst agent in the business, played brilliantly by Stephen Merchant, things aren’t going too well. 12 very strong episodes with doubtfully the greatest Christmas special of all time.
There are so many great british sitcoms I couldn’t just leave it at 10. So visit 10 More British Sitcoms Worth Watching for more.
01