Documentary: Jim & Andy – The Great Beyond 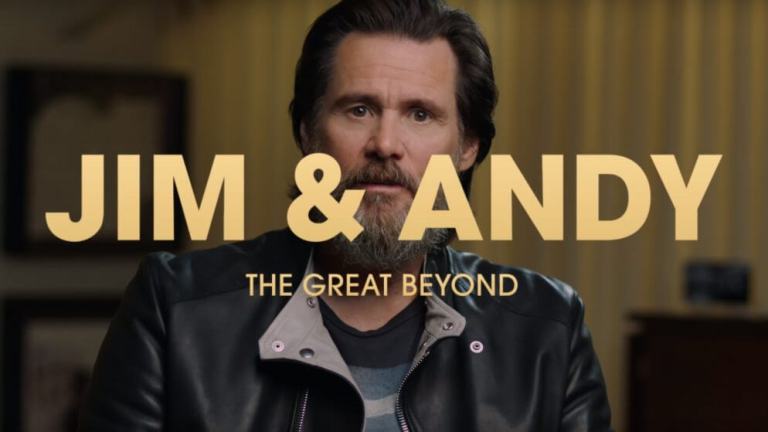 So, Jim Carrey has gone a bit wacky. We’ve all seen the interview on the red carpet when Jim was asked about icons and he responded, “I don’t believe in icons. I don’t believe in personalities. I believe peace lies beyond personality. Beyond invention of the skies…” The question is: has Jim always been this crazy? Jim and Andy: The Great Beyond answers this question. The answer is yes.

Jim And Andy: The Great Beyond is a behind the scenes documentary on the film Man On The Moon (1999). Jim Carey plays Andy Kaufman in the lead role. Rather than be Andy Kaufman while filming scenes and then go back to being Jim Carey afterwards, he decided to be Andy Kaufman all the time. Even when he got back to the hotel and was by himself. A taxi driver confirmed that Jim continued to be Andy while taking a taxi to his hotel and back to work the next day. 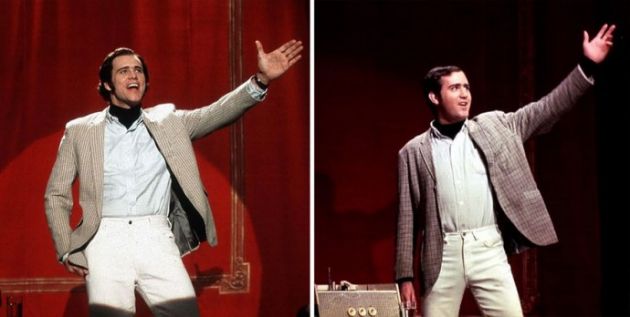 The documentary was made in 2017, 18 years after the release of Man On The Moon. It opens with a modern day talking-head Jim and you know you’re in for some Jim Carrey gold when he is asked “How would you like to start this movie?” and he responds, “Well, if I had my choice it wouldn’t start at all, it would have already been. And it wouldn’t end either”

Andy Kaufman was a comedian known for blurring the line between his act and reality. He had outlandish characters and completely original and insane comedy routines. When he was on a late night talk show you never knew what he was going to turn up and do – he usually caused chaos. As you can imagine, when Jim decided to be Andy for every minute of the time he was recording Man On The Moon, he was causing absolute chaos. People were confused when he was telling them not to call him Jim because his name was Andy. At one point Danny Devito, a co-star on the film, turns to the camera and simply says, “It’s so bizarre.”

Andy Kaufman’s most famous character was Tony Clifton. Tony Clifton was a crazy, loud, drunk guy that hated being asked if he was actually Andy Kaufman. When Jim had days on set doing Tony Clifton Scenes, he was no longer Andy. Or Jim. He was Tony. And caused even more chaos then when he was Andy. He says, “When you put the Tony Clifton make up on there’s no choice. You are that guy.” At one point “Tony” (or Jim Carey) drove a golf cart away from the set and broke in to Steven Spielberg’s Offices. Why? Because he wanted to talk Steven Spielberg.

Andy Kaufman had an on-screen rivalry with Jerry “The King” Lawler, the wrestler. Andy would “talk smack” to Jerry Lawler when they appeared on TV together which would normally end up in a fight. The smack talk and fighting was planned and fake, of course.

Things get strange when Jerry Lawler (playing himself in the Jim Carey movie) arrives on set and bumps in to Jim in Andy mode. Jim treats Jerry as Andy did on TV; with aggression and like a pro wrestler talking smack to a rival. Jerry Lawler is on set to film and doesn’t take it well. Jim Carrey bullies Jerry Lawler until he goes insane – it leads to an unfortunate incident that got reported all over the news – for real. 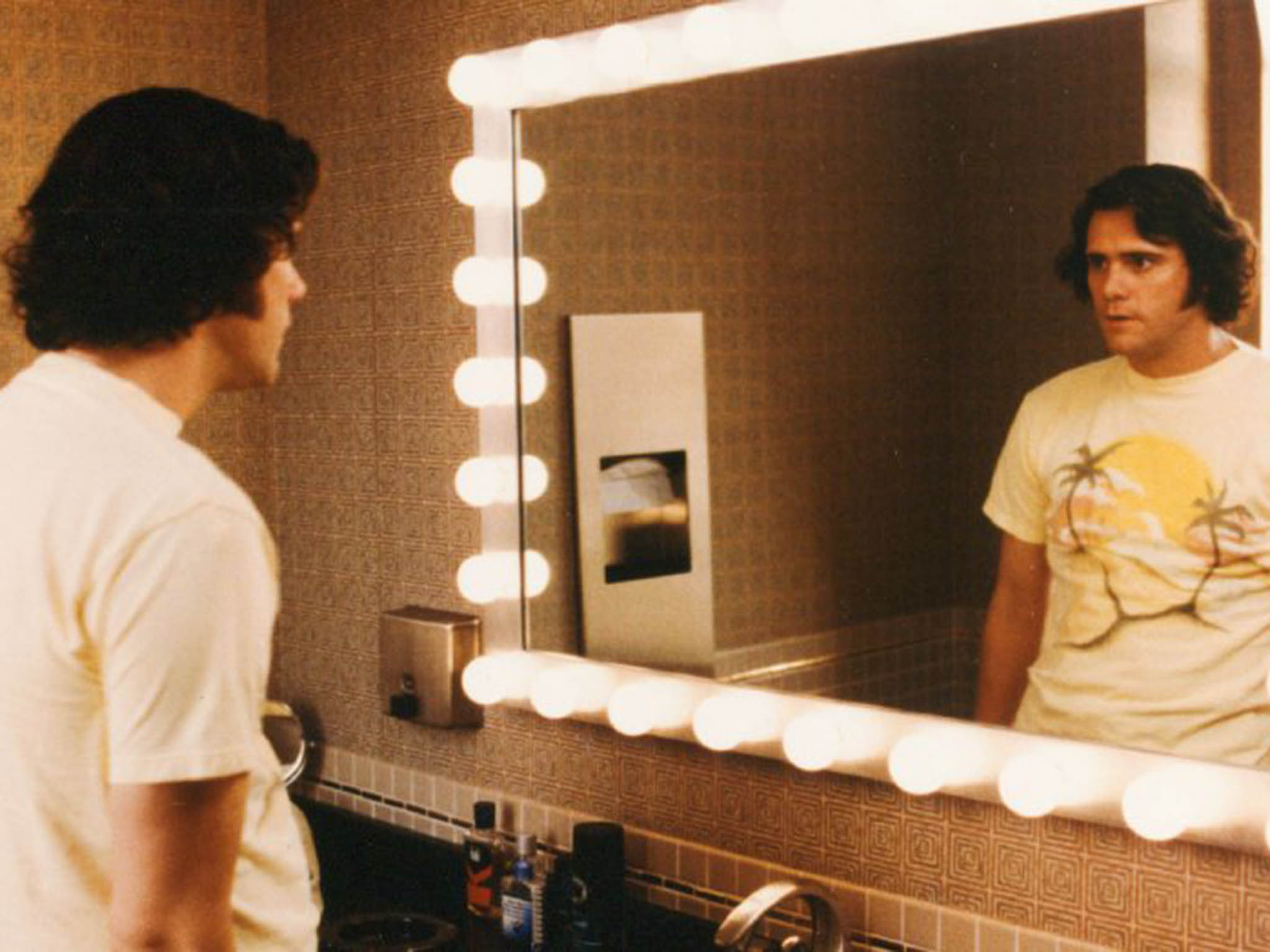 Jim essentially lives through Andy Kaufman’s life during the process of film. From the happy craziness – all the way to the Solemn Andy, towards the end of his life. You see Jim do so many strange things in this documentary, even Jim starts wondering if he starts taking it to far. However, that doesn’t stop him. You need to see it to believe it.

There is also a beautiful realisation Jim Carrey has. When filming is finished and he stops being Andy he has to go back to being Jim Carey. He realises that Jim Carey is just another character too. That we’re all just playing characters.

An amazing, heart breaking and ultimately heart warming documentary that teaches you to let go of all the things you think you are that make you “you” in order to be free.