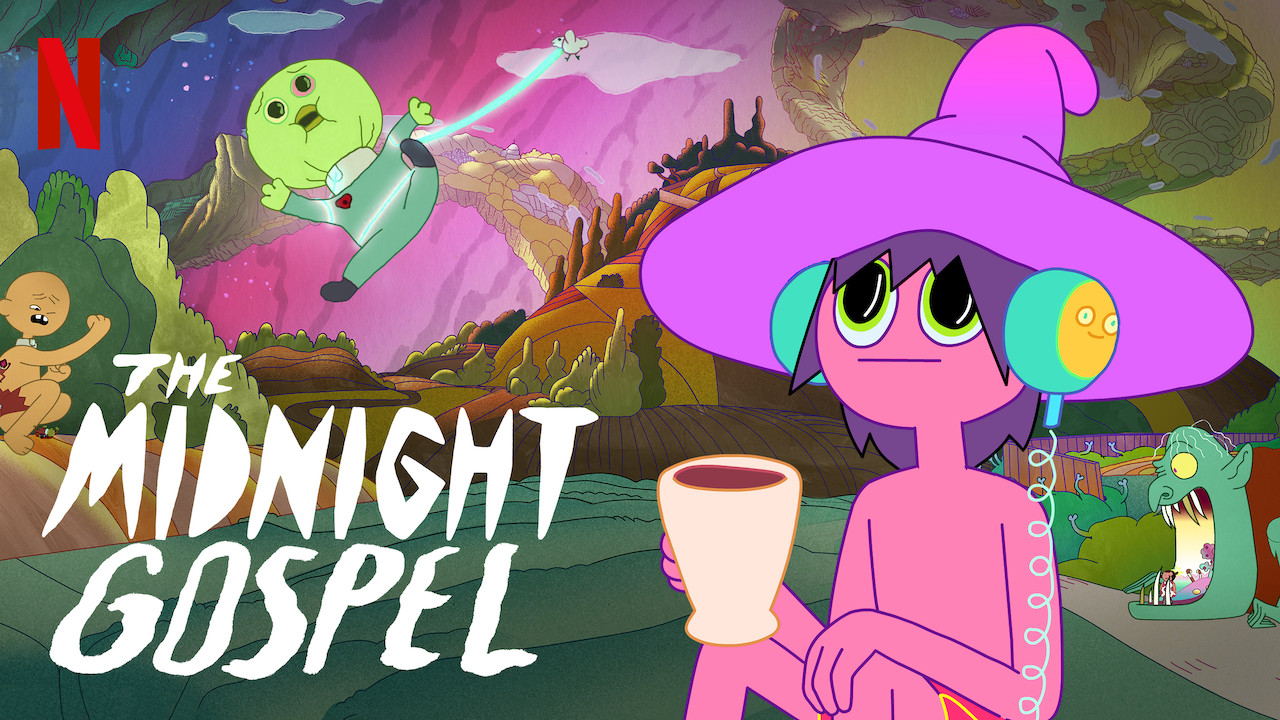 Image Credit: Netflix
The Midnight Gospel is a trippy, cosmic cartoon created by the creator of Adventure Time, Plendleton Ward and Comedian, Duncan Trussell. It is about a space adventurer named Clancy Gilroy that owns a multiverse simulator. He uses the simulator to visit strange planets and people.

Clancy Gilroy has a spacecast (a podcast for people in space) and he interviews the people he meets on the strange planets. Some of the planets are post-apocalyptic and on the brink of destruction; Clancy is running around fighting off monsters while trying to interview an alien for his spacecast. It’s a lot of fun.

The show is based on real conversations that Duncan Trussell has had on his podcast, The Duncan Trussell Family Hour Podcast. They use the podcast audio and make the guest an alien Clancy has visited on a planet in the simulator.

Clancy talks to his spacecast guests about different things through out the episodes, including subjects such as drug policy and psychedelics; as you might expect from Duncan Trussell.

As mentioned earlier, all the spacecast guests are real guests from The Duncan Trussell Family Hour Podcast. The guests over the 8 episodes are:

Pendleton Ward is the creator of Adventure Time and head about The Duncan Trussell family Hour Podcast through a friend. He was a big fan and said Duncan was “a lot of fun.” After stepping down as the show runner for Adventure Time, Pendleton contacted Duncan about turning the podcast in to an animation.

The Midnight Gospel is the first cartoon Pendleton has created since Adventure Time. 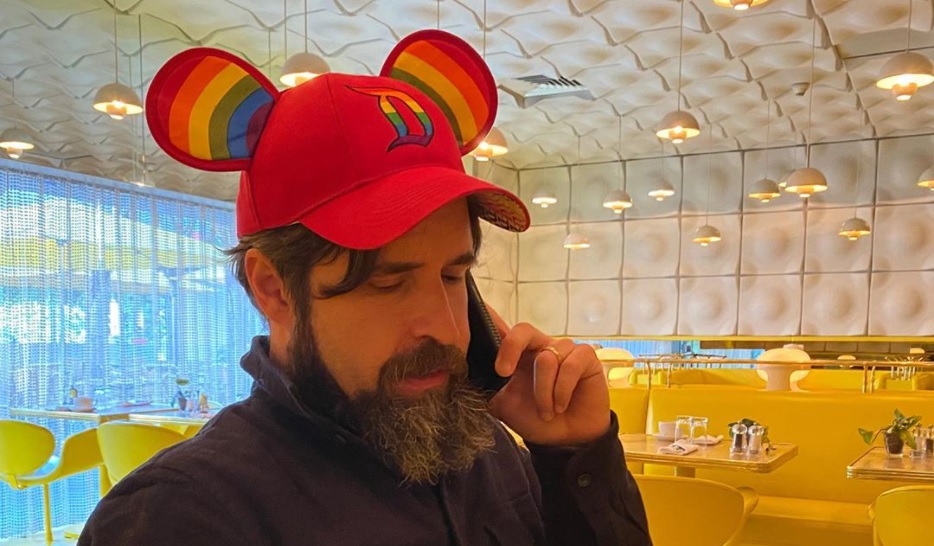 Duncan is a stand-up comedian, actor, writer and podcaster. He is known for being a “bit of a hippy” and having an interest in subjects such as psychedelics, meditation and conspiracy theories.

He is known for his many appearances on The Joe Rogan Experience; Duncan and Joe’s conversations often turning to psychedelics and the deeper meaning of the universe.

The Midnight Gospel is available to stream on Netflix.