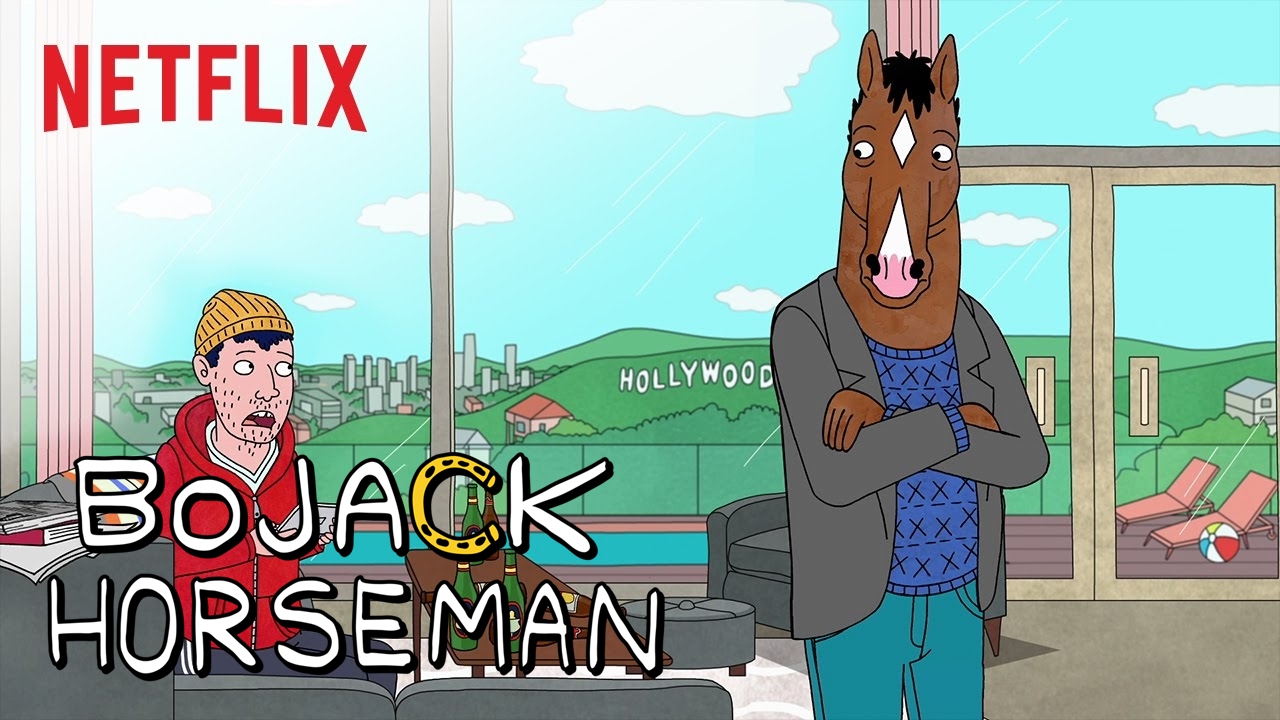 Bojack Horseman is a comedy set in an animated world with humans and human animal hybrid things. Bojack Horseman (Will Arnett, Arrested Development) is half horse, half man – hence the name. Bojack was the star of a sitcom in the 90s called “Horsin’ Around” which was a family comedy in which the horse had adopted 3 children. However, since then he hasn’t worked much and is rich, famous, drunk and doing blow at any chance he gets.

The show runs for 6 seasons and follows Bojack on a journey of trying to do something in show business that he’s proud of while desperately trying fill the emptiness inside him with drugs, sex and alcohol. It’s a Netflix original – which are usually pretty good and Bojack Horseman is no exception.

Bojack is living in a nice apartment on the Hollywood hills. He’s partying a lot and hanging out with the guy that sleeps on his couch, Todd (Aaron Paul, Breaking Bad). We discover that Bojack hasn’t had much work since his sitcom days but is still a famous face. He decides to write a book about his life and is assigned a ghost writer, Dianne (Alison Brie, Community). Bojack takes a liking to Dianne and is shocked to learn that she is dating the star of a rival sitcom in the 90s, half-man half-dog, Mr. Peanutbutter (Paul F. Tompkins). 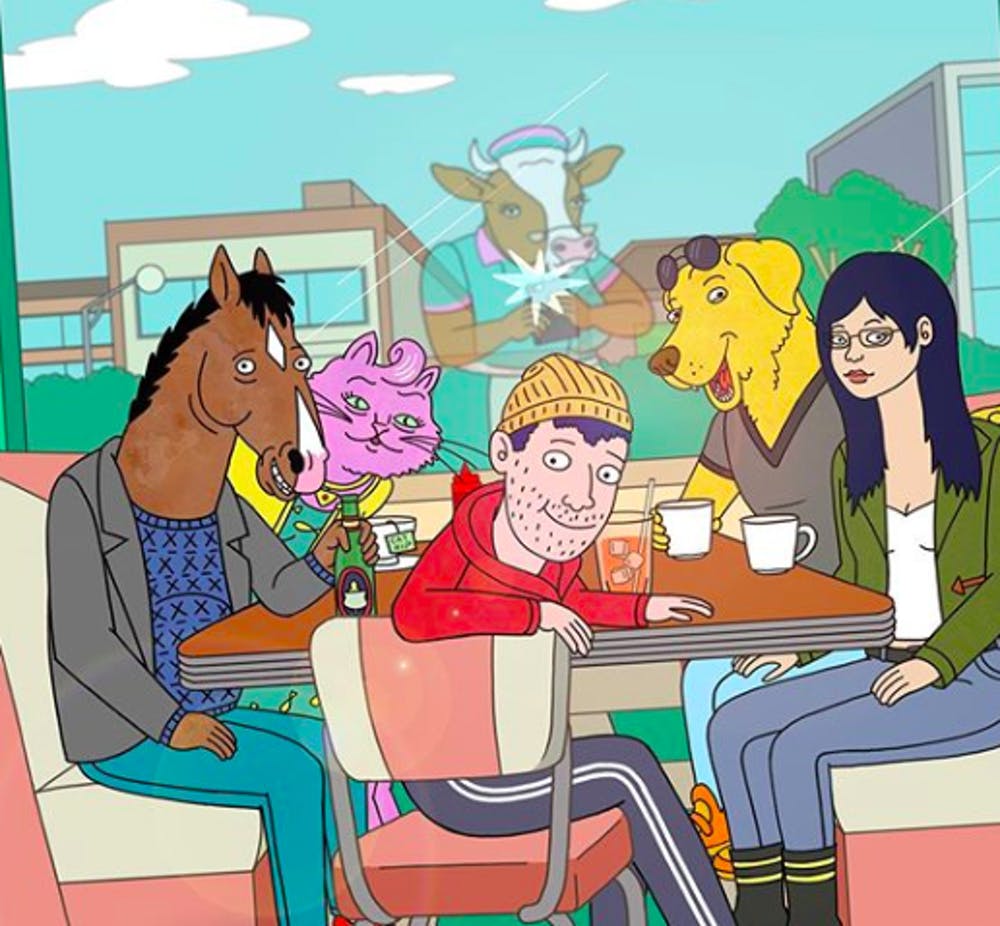 The show starts off kind of light. Sure, Bojack is a drunk and is constantly messing things up for him self and the people around him due to his addiction but it’s fun. As the seasons go on though, Bojack’s mind becomes more and more unravelled which leads to some very dark and trippy episodes in the later seasons. Some of the later episodes are real drug odysseys with the lines between reality and Bojack’s drug-induced visions becoming blurred.

There are so many animated comedy characters over the years that have just had the perfect voice actor. H. Jon Benjamin playing archer (Archer), John DiMaggio playing Bender (Futurama) and Dan Castellaneta playing Homer (The Simpsons). I don’t think there could have been anybody more perfect then Will Arnett playing Bojack. I’d rather see The Simpsons guys replace Homer’s voice actor with a squeaky, nerdy voice that makes no sense then see someone else voice Bojack. It would be like someone trying to remake A Clockwork Orange. Don’t bother. No-one can play Alex like Malcom McDowell did.

It’s almost impossible for any animation to ever compare to the golden years of South Park or The Simpsons; they are just too iconic. However, Bojack Horseman ran from 2014 until 2020 and in my opinion, is much better than the South Park and Simpsons episodes aired during those years. It’s a true triumph of animated comedy and the greatest animated comedy of the decade without a doubt.

It’s on Netflix so watch it now. Right now.