5 of the Best Queen Albums 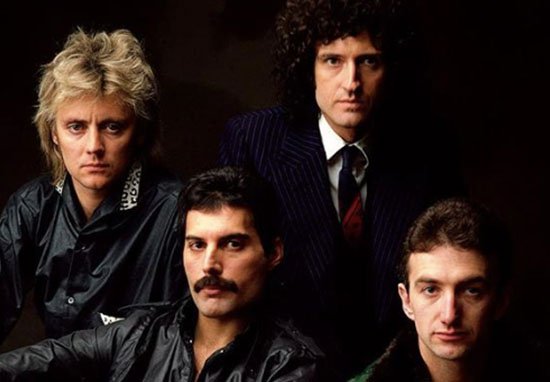 Brian May described this album as Queen “trying to get outside what was normal” and for the first time they used a synthesizer to bring a bit of disco in to the album.

Jazz is Queen’s seventh album and doesn’t actually have any jazz on it. Thankfully though, it has plenty of Queen style pop and rock.

This was their last album in the 70s and had a few hit singles on it including, “Fat Bottomed Girls,” “Bicycle Race,” and “Don’t Stop Me Now”. It also has a few hidden gems including “Leaving Home Ain’t Easy” and “Jealousy.”

A Day At The Races is the album that followed arguably one of the greatest albums of all time, A Night At The Opera, and does a fine job doing so.

There are some Queen classics on the album including “Tie Your Mother Down,” “Somebody To Love,” “Good Old Fashioned Lover Boy,” and the lesser known “The Millionaire Waltz.”

Brian May said about ‘The Millionaire Waltz’: “I think it was almost like the successor to ‘Bohemian Rhapsody.’ It’s so incredibly complex that it doesn’t program on radio, I suppose. But, boy, there’s some stuff in there. It’s a favourite of mine – it’s so extreme!”

Listening to their first album makes you realise why they are called Queen – this is majestic rock at it’s finest and with a sound like this, they needed a name to express such majesty. And as band names go, Queen is much cooler then King.

Their debut album was so good people where instantly calling Queen “the new Led Zeppelin”. According to Rolling Stone magazine, Queen were “the first of a whole new wave of English rockers” and everyone was terribly excited.

This album has none of the pop flair gained over their career – and thank christ. This is pure majestic rock and roll.

The legendary album that contains the legendary song, Bohemian Rhapsody. At the time A Night At The Opera this was the most expensive album ever recorded which is perfectly understandable – as it’s an epic.

There is a mix of happy/silly songs like “Lazing On A Sunday Afternoon” and “Seaside Rendezvous”, sweet love songs like “You’re my best friend” and “Love Of My Life”, and majestic epics like “The Prophet’s Song” and “Bohemian Rhapsody.”

Everyone has heard Bohemian Rhapsody so I won’t bother showing you that one. Check out the second most epic song on the album, “The prophet’s Song:”