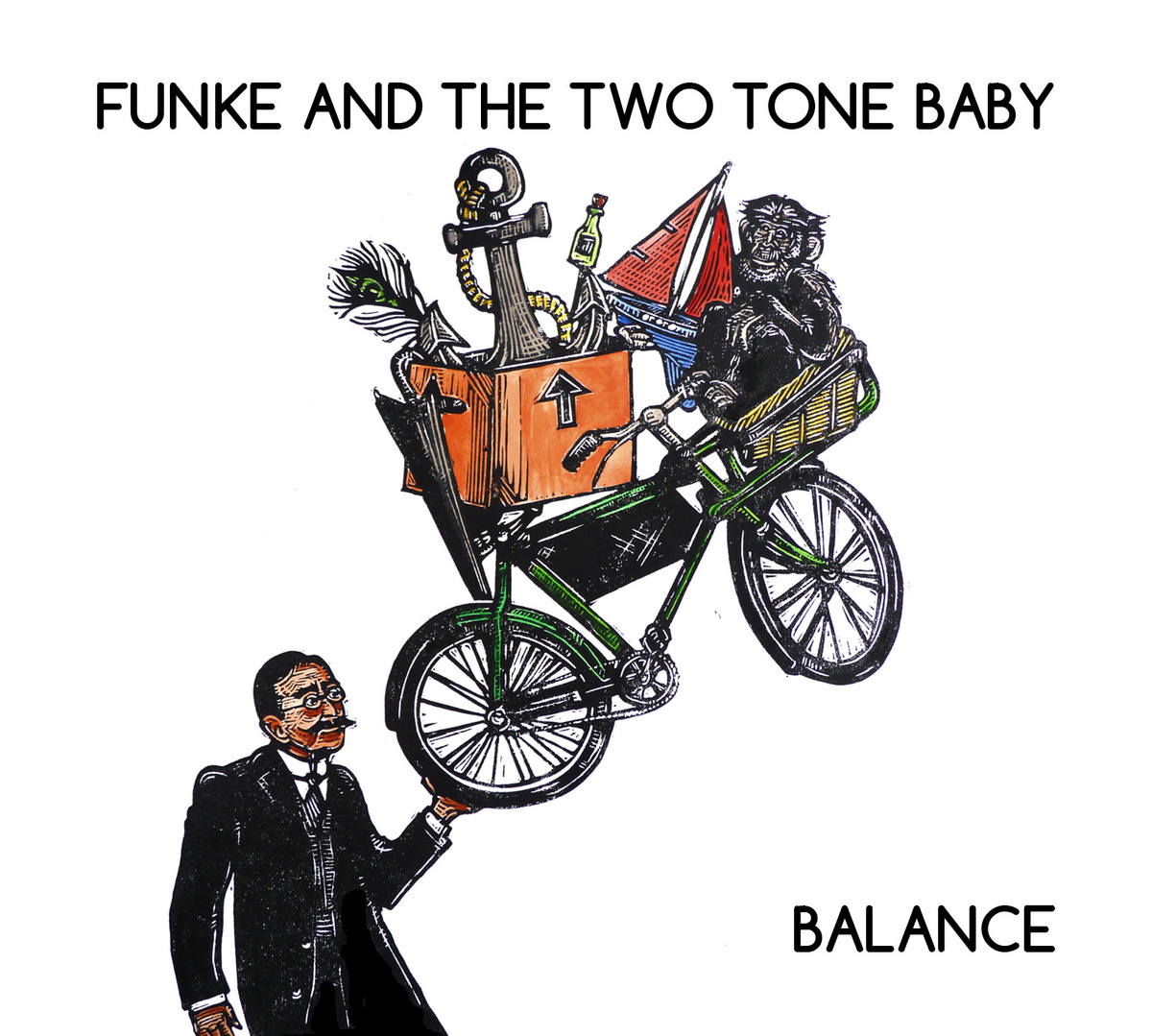 A cheese sandwich, two cocktail sausages, a pickled egg and a glass of apple juice. It’s Funke and the Two Tone Baby.

Or my lunch, I can’t remember.

Funke and the Two Tone Baby, the mechanical alt-blues band, amazingly consists of only one man, Dan Turnball. Turnball uses loop pedals to create a mix of blues guitar, beatboxing and harmonica. It’s been two years since his first album, “Battles,” and he’s back with a second offering, “Balance.” It has already been played on BBC Introducing, BBC Kent and BBC Devon. Basically, the BBC love it. But they would, the dirty bastards.

The first track of the album is “Not Enough Bonobo.” It starts with a nice bass line and beat-boxing before embarking on a bluesy voyage about monkeys. Or something. With lines like “Not enough bonobo, too much chimpanzee,” you know this album is going to be a banger.

“Not Looking For It Anymore” kicks in and it’s more blues from Funke. Quite possibly the best, but definitely the coolest song on the album. I’m in the wild west, on horseback, smoking a cigar. I’m trotting through town, past the empty tavern with it’s doors swinging open. It’s empty because everyone is gathered, waiting for me to arrive. I’m about to have a duel with Billy Bones Johnson. That’s what this song made me think of anyway. I was also high at the time of listening so that could explain it. Great riff though.

Track four, “I’m Not Well,” starts off sounding like David Bowie is floating through space, on acid, in a tight pair of trousers. Until… a funky bass line appears through a black hole, sucking in Bowie and spitting out dat blues. At this point in the album you realise that it’s not just a guy playing 12-bar blues, he’s mixing together all sorts of sounds, which keeps it interesting. Nice. I wish my wife had a similar approach during our Wednesday night love-making sessions. She always wants to be in and out and done in time for Coronation Street. I’m left unsatisfied starring at the face of Deirdre Barlow. I’d probably give Barlow a good seeing to at this point. Even Gary.

Track eight, “I Should’ve Stayed In Bed,” is the acoustic number. And it’s a cheeky little number. Very different in style to everything on the album so far. This song is to ears what chocolate muffins are to tongues, a real treat. It’s very stripped back with nothing but finger-picking guitar and a soothing harmonica solo. Definitely one for the rastas out there.

The next track, “Anchor,” starts with a bluesy riff before the coolest beat-boxing on the album drops in to say hello. This song really makes me picture myself wandering through the desert. Possibly on magic mushrooms. In fact, most of this album has me picturing myself wandering through the desert on some kind of drug. Which is never a bad thing.

From start to finish this album likes to surprise and impress. It’s different, interesting and just cool innit tbh. The blues riffs in this album are like paedophiles in the Conservative Government; really dirty and there’s fucking loads of them. You would be a foolhardy fool to miss out on this or on seeing him live. He appears to play a lot of festivals all over the country, which might be fun to go see. I’ll be there, smoking cannabis with the cool kids, drinking Lucozade to stay awake and still falling asleep after half an hour because I’m 65.