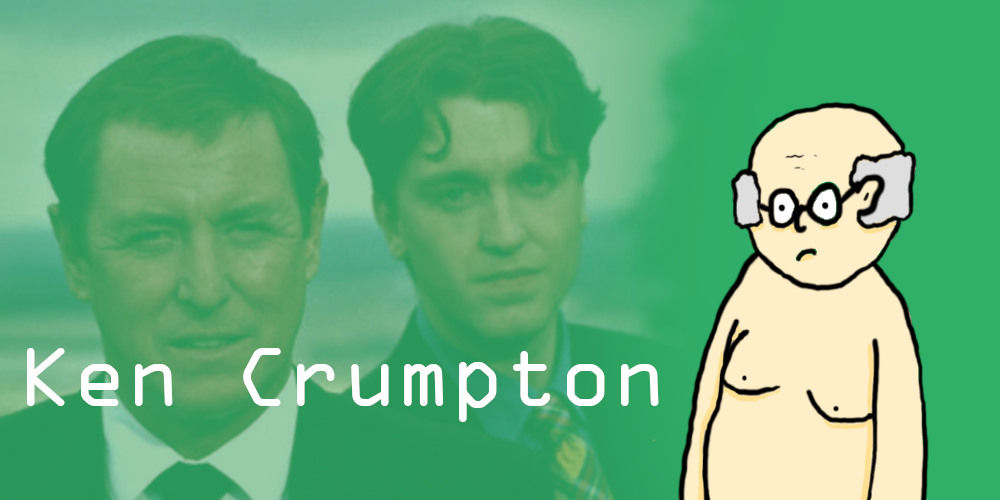 I’ve heard that when you are depressed you don’t really enjoy anything. I have spent a lot of time alone watching
TV over the last few years and I can’t remember enjoying a single show. Do you think I might be depressed?

No, It’s just that TV is rubbish these days. Take Midsomer Murders, for example.

Midsomer Murders was once the pride of Britain as far as I’m concerned. Absolutely fantastic performances from John Nettle as Detective Inspector Barnaby and Daniel Casey as Sargent Troy. It used to show England as it truly once was. Green fields, idealistic villages, tea, crumptes and cricket.

Series one to three of Midsomer Murders is a shining gem and you won’t convince this Englishmen otherwise. And look at it now… They are currently on Series 21 and it’s just getting tragic.

John Nettles left ages ago (when he saw sense, no doubt) and the show should have ended then. Let’s just look at the classic episode Strangler’s Woods (Series 2 Episode 2).

A body of a woman is found strangled in the woods with a striped tie. 9 years earlier, there had been a serial killer on the loose that killed people in the exact same way. He was never caught, was it him?

A suspicious hotel owner is a prime suspect. He has a strange old, feeble mother that he keeps locked away upstairs in a room. Very creepy. He seems to be doing anything to stop her finding out about the current killings. Why? Was he the serial killer 9 years ago?

It’s a real creepy episode, brilliantly written, acted and directed. It has that early “Midsomer feel” that you just don’t get with the new episodes. It’s lost it’s touch big time.

It’s the same with a lot of television. Look what passes for comedy these days. I think I’ll start getting depressed if I see any more of Adam Hills.

I met someone I have been speaking to online but now she doesn’t seem interested.

That’s a shame but you should really just move on. Think about it, you met a woman online once and now you are writing in to a website about it. Bit creepy.

It sounds like you’ve blown this one. Try and work out what may have gone wrong; there’s no point in making mistakes if you’re not going to learn from them. Are you a different person to what you portray online? Was the meeting awkward? Were you wearing your best clothes? Did you not wash before meeting her?

Personally, I’d be straight on Tinder and moving on. I’d have babes all over the gaff if I was in my prime.