The Power Of Habit – Charles Duhigg 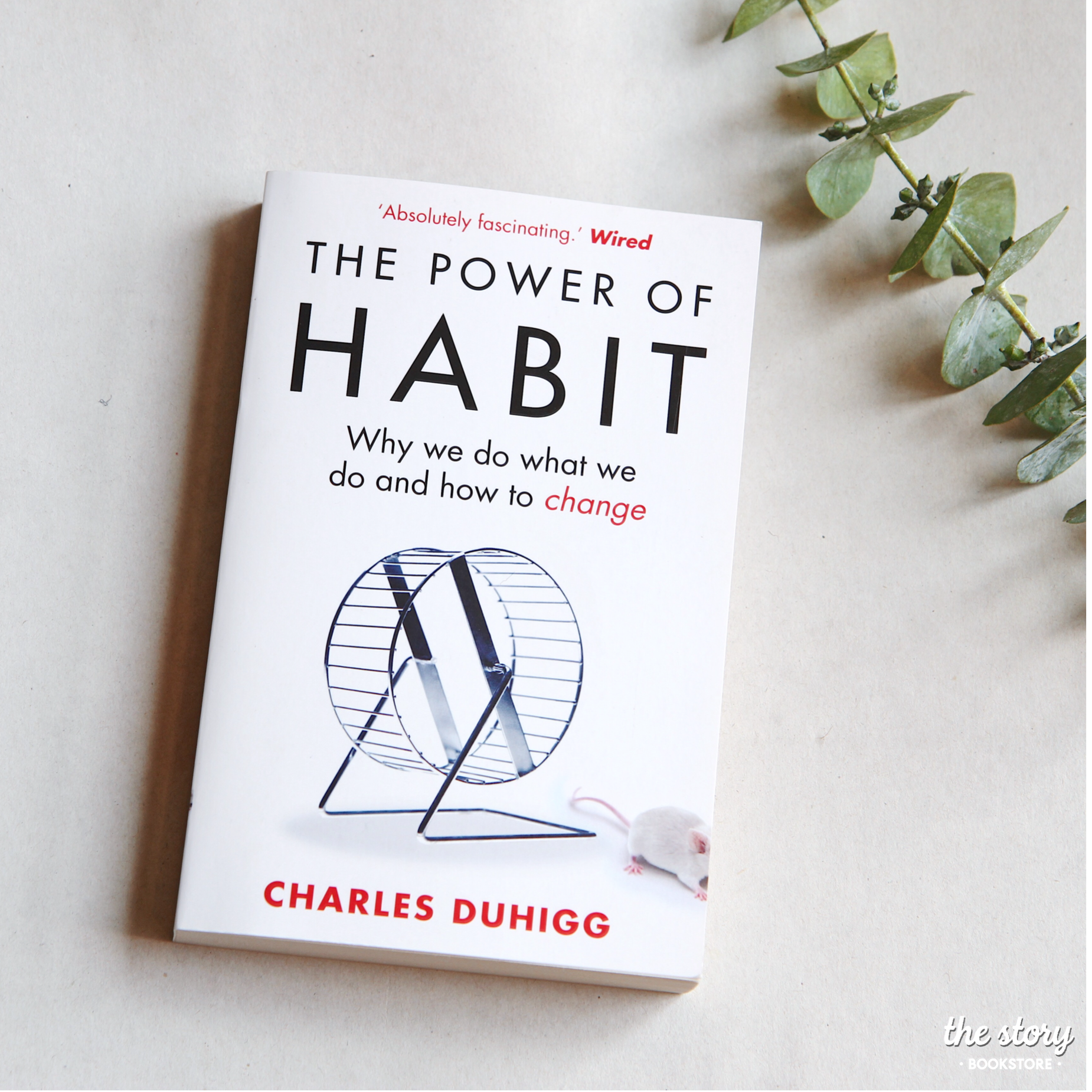 Image Credit: The Story Bookstore
“In The Power Of Habit, award-winning New York Times business reporter Charles Duhigg takes us into the thrilling and surprising world of the scientific study of habits.”

Duhigg looks at how habits are effecting our day to day lives. He claims that the power of habits could be key to the good life. It can be the key to “exercising regularly, losing weight, raising exceptional children, becoming more productive or even building revolutionary companies”

To show the true power of habits Duhigg shares the very famous case of Eugene.

Eugene was an old man that unfortunately started suffering from viral encephalitis, a virus that can make it’s way in to the brain and do some serious damage. His wife, Beverly, noticed that he was different immediately. His memory seemed to be going as he couldn’t remember what day of the week it was or the names of anyone he met in hospital, including the doctors and the nurses.

When he was discharged from hospital and sent home Beverly kept noticing strange behaviours and further evidence of memory loss. He didn’t seem to know who his friends were and started having trouble following conversations. He seemed to think he was 60 years old when he was in fact 70.

Beverly took Eugene to Larry Squire, a professor that had spent 30 years studying memory. Eugene was unlike any other person with this kind of memory than Larry had seen before. He could not remember his name and did not seem to remember his friends or family; However, he was able to carry on conversations and perform basic tasks.

Eugene seemed to remember some of his past, as well as still being able to interact socially. He would appear relatively normal if you were to meet him briefly. However, he could not remember anything you tell him and did not seem to remember any recent events.

Larry asked Eugene to draw a map of his house. Eugene told him that he was unable to do that, he didn’t know what the layout of his house was. This was strange as Eugene was able to navigate his way around the house without getting lost.

One morning Beverly came downstairs to find Eugene gone and the front door open. This wasn’t good as Eugene didn’t know what was going on at the best of times. He could easily wander too far and get lost. Beverly rushed out the house and ran around the street looking for Eugene. She ran up and down the route they walk in the mornings but couldn’t find him.

She ran back inside to find Eugene in the living room. He had somehow gone out for a walk on his own, remembered where the house was and made it back safely. Eugene would have no idea where his house was if you asked him but he could go on a walk and return home. His morning walks had become a habit and he did it without really thinking about it.

Professor Larry Squire sat Eugene down and had 8 pairs of cards in front of him. In each pair, one of the cards had the word “correct” written underneath. Larry would ask Eugene to guess which one was correct. Larry did the test over and over again with Eugene. He kept the cards in the same order every time to see if Eugene was able to remember it. Something very interesting happened.

After a while Eugene started remembering which cards were the correct cards but had no idea how. A part of his brain had remembered what cards were correct but he wasn’t doing it consciously. This really confused Eugene. He was being presented with a choice of two cards and being able to guess the correct one eight times in a row.

Eugene shows us the power of habits. He had a severely damaged memory but was able to learn new habits unconsciously; almost going in to auto pilot to perform them.

We are stuck in our habits and performing them in auto pilot every day. These habits can be simple things like the way we sit badly in a chair or looking at your phone in bed as soon as you wake up. However, we can also have really complicated habits we are unaware of; for example, something negative we are doing socially.

The Power of Habit looks at the science of habits and how they work. It talks about realising what your bad habits are, getting rid of them and replacing them with new, good habits. Instead of making it a habit to get up late, eat a bad breakfast and watch TV before you leave for work; start a new morning routine of getting up early, exercising, eating well, planning your day and going to work feeling great.