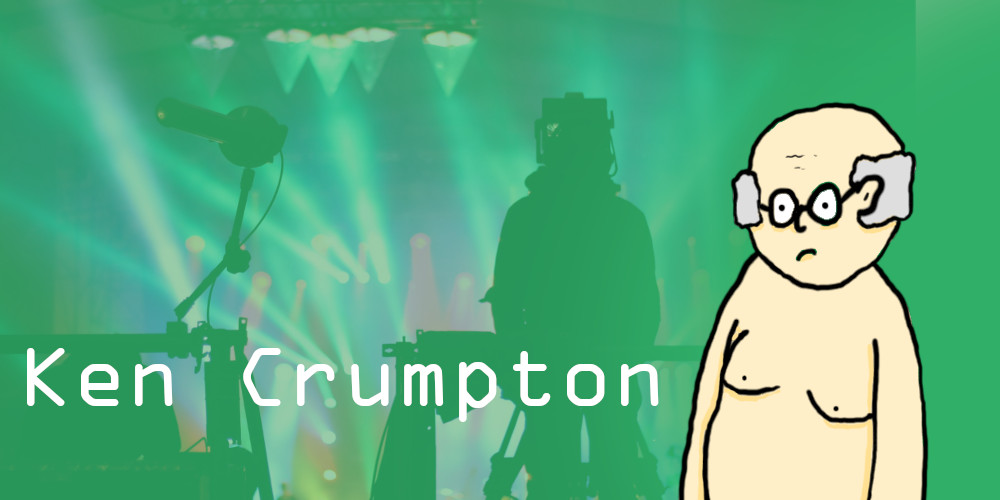 When you think of Kent in England you think of green grass, cups of tea, cricket and Jane Austin. Well, I visited a town in Kent called Chatham and I saw some very different things. Mainly young men hanging around on street corners smoking cannabis. It was in Chatham that I saw the worst gig of my life.

I was upstairs in a dingy little pub when a two-piece electro outfit took to the stage. The synth guy was quietly setting up his keyboard in the corner while the front man waited patiently, dressed in a suit, tie and top hat. One could only think they were the perfect gentlemen. Then they started playing.

The synth player was banging his head like Churchill The Nodding Dog while the front man proceeded to dance around like a mad man. By the second song he was taking off his top and swinging it around, baiting the crowd into a savage frenzy. As a 65 year old man, I find this sort of behaviour unacceptable. If I saw my grandson doing that I’d be straight on the phone to his mother.

It was just a lot of weird and wacky synthy sounds with thumping drums on top. Apparently people make these sounds with computers, amazing. I still remember playing chess on my Windows 95 Macintosh. Eventually, I went on to destroy that computer in a depressive rage due to the tragic death of Princess Diana.

A part of me couldn’t help thinking there’s a possibility I don’t like this kind of music because I’m old. So, I filmed some of the performance and showed it to my grandson. Unfortunately, he confirmed my fears: It’s sh*t.

My son is playing video games all day. He is currently playing Fortnight 24/7. How do I get him to stop?

Well, it may already be too late. Kids have everything at their fingertips these days and it’s made them lazy. They are perfectly happy just sitting around in their room because they have access to all the movies, music and video games they could ever need. It’s only a matter of time before they end up getting addicted to one of them.

It’s a shame he’s playing Fortnight, really. When I was a tad younger, I used to wait until the wife was away, smoke some cannabis and confiscate my son’s Playstation 1. The games back then were incredible.

Metal Gear Solid 1 is one of the greatest games of all time. All those amazing characters, the gameplay, the boss fights, the voice acting… It really was tactical espionage action. Final Fantasy 7, 8, 9 and 10 had the most amazing stories I have ever seen in a game. And, the music from the Final Fantasy games are breath-taking. They’re better than most movie soundtracks.

In a way, I didn’t mind my son playing those games back then. He was at least experiencing good story writing. However, Fortnight… That’s just tragic.

Anyway, to answer your question: I don’t know and I can’t help you.